In the last post we got a working differential together, since then I have been designing the axle tubes, axle shafts and the drive shaft.

I have mentioned from the beginning that I am trying to keep the complex mechanical components compatible in size with off-the-shelf RC components, so I have made the width of the axle and the mounting points exactly the same as the Boom Racing SCX10 axle that I used on my rat rod build. 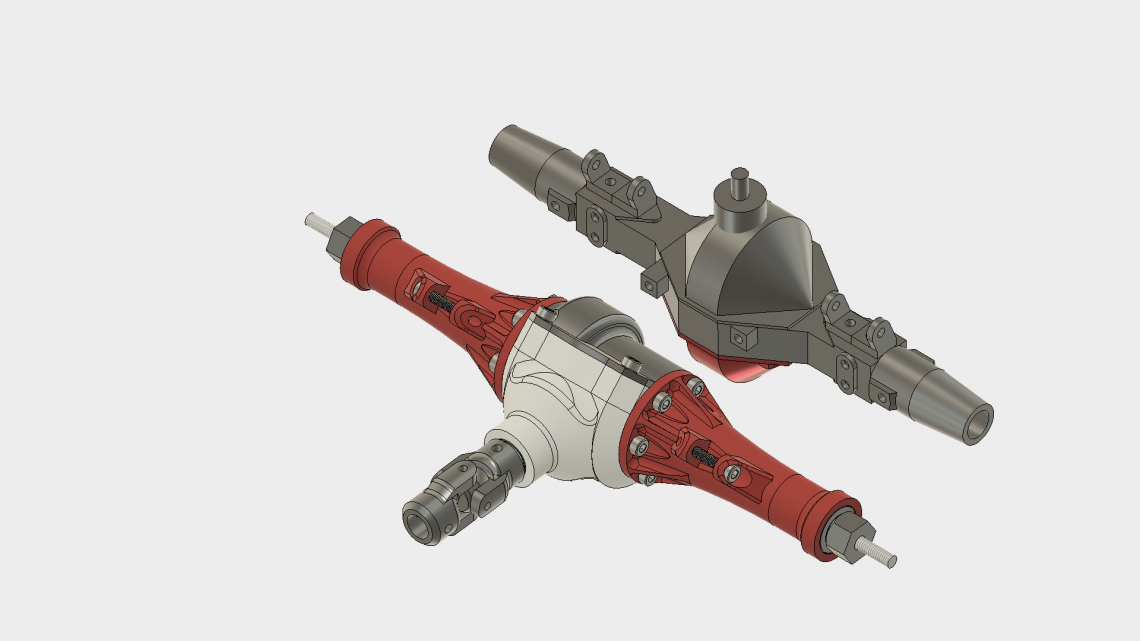 The housing of the differential has been redesigned so that all of the tolerances are contained within one part, and the cover simply screws down on top, holding the two largest bearings in place. Nothing has an overhang more than 45 degrees, so it is all printable without support. 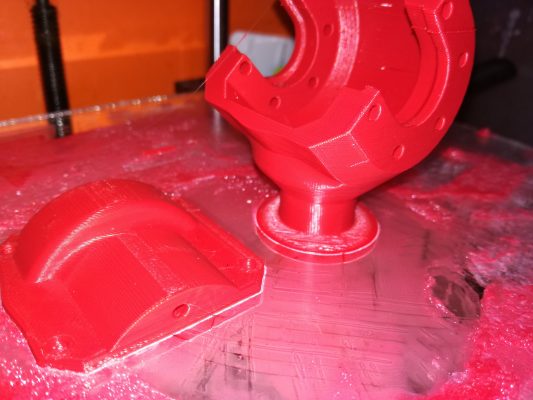 The differential housing and cover shown in their print orientations. 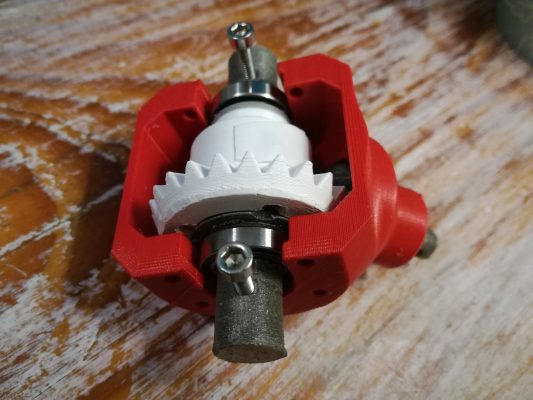 Inside the axle tubes there are two bearings which support the printable axles shafts. The axles shafts have provision for an M4 rod down the middle, which provides both strength and the opportunity to use standard RC wheels if desired. 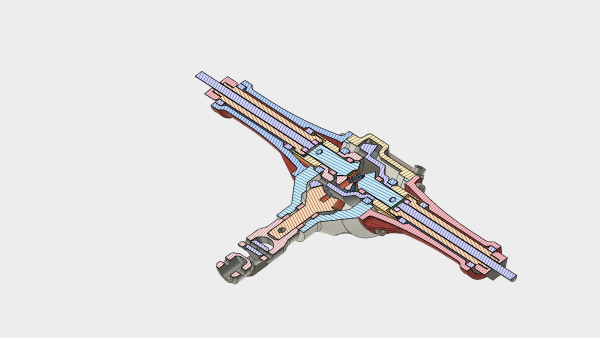 Section shows the internal structure, especially the M4 rod which transmits torque to the wheels as well as allowing them to be attached 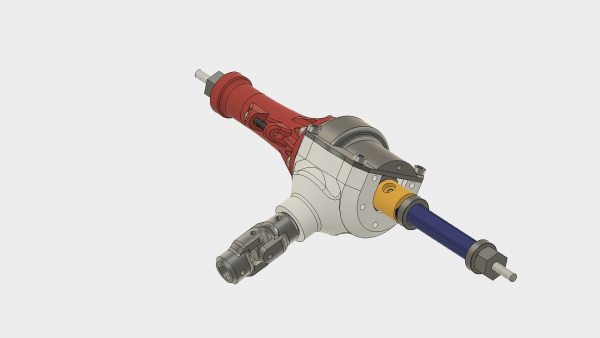 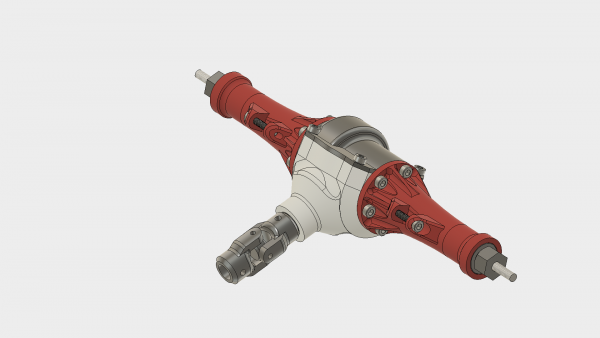 Complete assembled differential, axle tubes and cover are held on with M3x8 screw

I printed and assembled prototypes based on this design and it went together well. My plans to test immediately were delayed due to some mistakes I made in the sizing of my driveshaft, but the assembly feels satisfactory when turned by hand, I have high hopes for the first test! 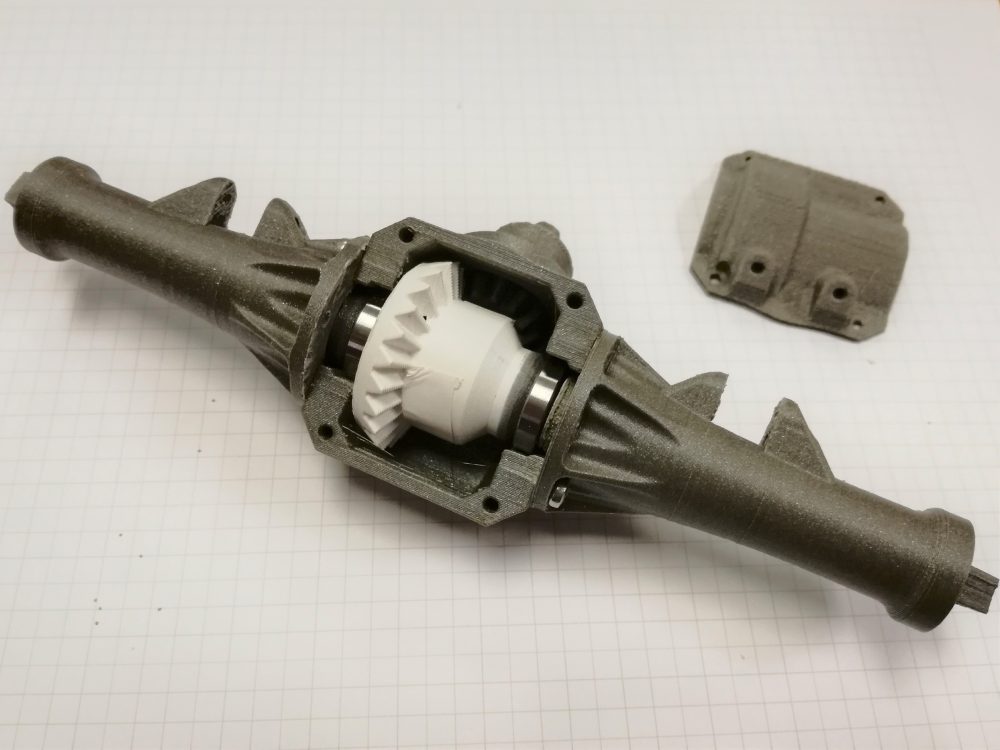 The assembly, printed in ABS filament

Stay tuned for the assembly and test video of the rest of the axle shortly, as well as work on the drive shaft and universal joints.