Over the past few weeks, with a brief hiatus due to international travel for my day job (I’m an Electrical Engineer in the telecoms industry), I have been plugging away at the design of the rear differential.

I have a few design goals for the rear axle

Of course the rear axle can be made significantly smaller (or stronger, in the same envelope) if we go from a open differential to a spool, which will be a suitable modification if it is to be used on a rock crawler.

I first attempted to design from the outside inwards, starting with my goal diameter for the differential and designing gears to fit inside it. This turned out to be a bad idea, causing endless redesign, it was much more sensible to design the gears and build the casing around it.

There are other aspects to keep in mind, almost all of them relating to tolerances. For example, if a bearing recess is part of the face that contacts the printer bed then the slight bulging can prevent the bearings from fitting.

Unfortunately Fusion360 doesn’t have a decent tool to create parametric bevel gears and designing them properly yourself is no mean feat. This is a real nuisance because we have to import gears from elsewhere and then design around them.

Fortunately there is a very nice script written for OnShape which you can find here and it is not too much trouble to set them up as you like, export as STEP files and import into Fusion360.

This iteration of the design provides another approximately 2:1 reduction, which means that we should be able to shrink the transmission that was designed in the last post. 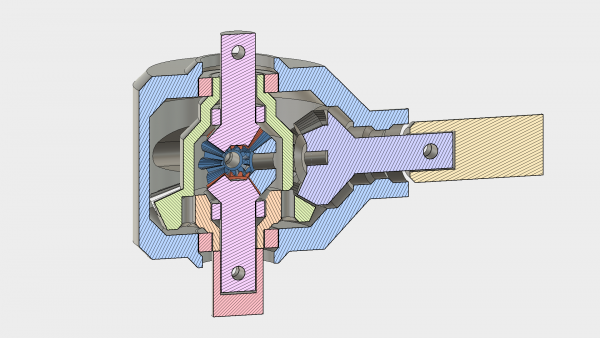 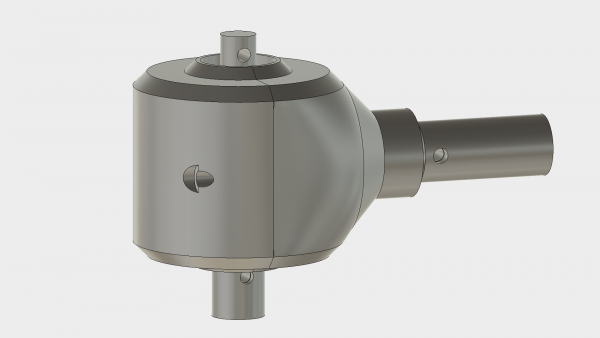 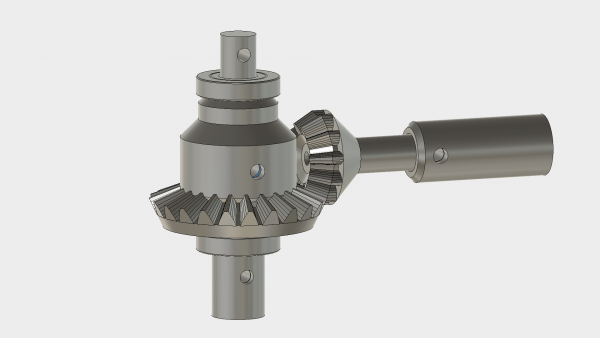 Rapid Prototyping – Use It!

This is more of a personal lesson, but perhaps it is worth reminding. If you are like me then you design something to 85% and then realize that you could have designed it better, then you repeat the process, without ever printing anything. With something that takes 100’s of hours to print that may make sense, but for tiny parts like this it is just foolishness. There is a lot to be learned by just printing the item, and trying it out as is.

These are pictures of the first functional assemblies, hastily printed in ABS (not printed on a Robox, I look forward to seeing how well it handles the small pieces though!). 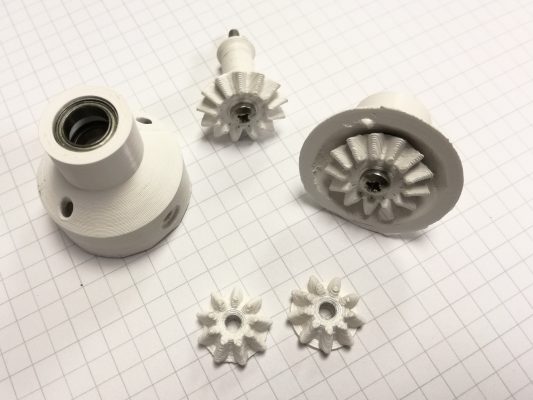 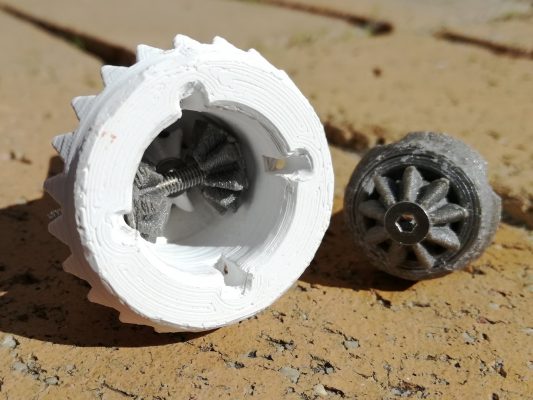 Testing the mesh of the sun and planetary gears. The screw used as an axle will be replaced with a smooth shaft. 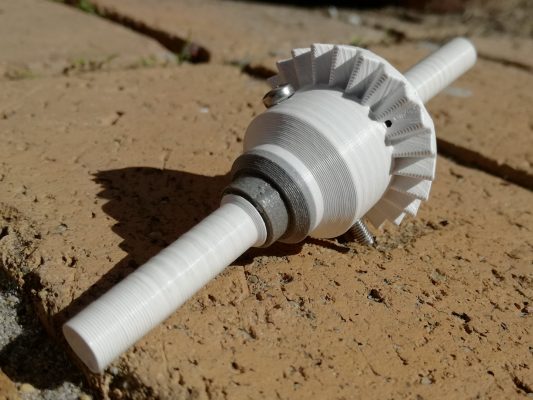 Test assembly shows that the design works, but there is too much play in the side gears. 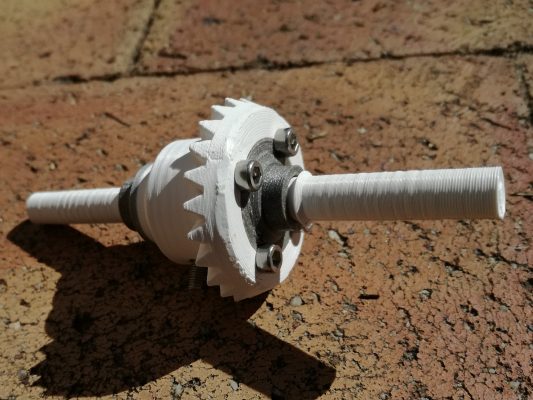 Here the M3 screws which hold the assembly together are visible, but it is also clear they will interfere with the bearing. 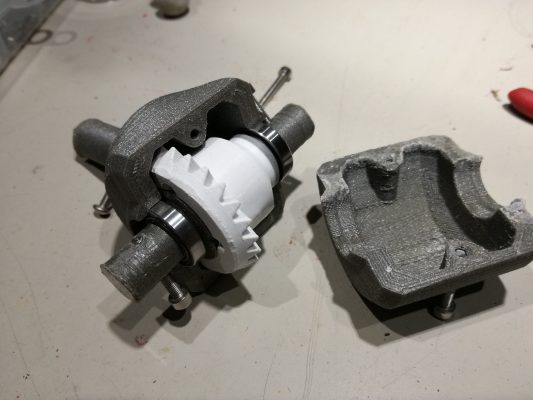 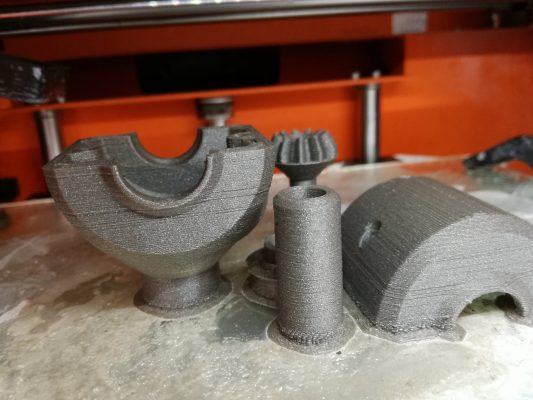 Print orientation should always be considered in the design phase.

Some things are best expressed in video, and assembly is one of those things, so here we go!