After getting off to a rapid start my Dieselpunk inspired crawler ground to a standstill while I waited for parts, now that they have arrived everything is up and running. Sometimes when the design and printing go well they are the quickest part of the project!

All of the parts fit in the RoboxDual, you can find them here for download. I printed the vast majority of the project in ABS, but PETG will do just as well.

Since sculpting is not my strong suite I called in the assistance of my talented friend Fotis Mint who was kind enough to model a cool head for the driver. There is nothing quite like 3D printing and the internet to make a collaboration across thousands of miles seem like you are working in the same studio. 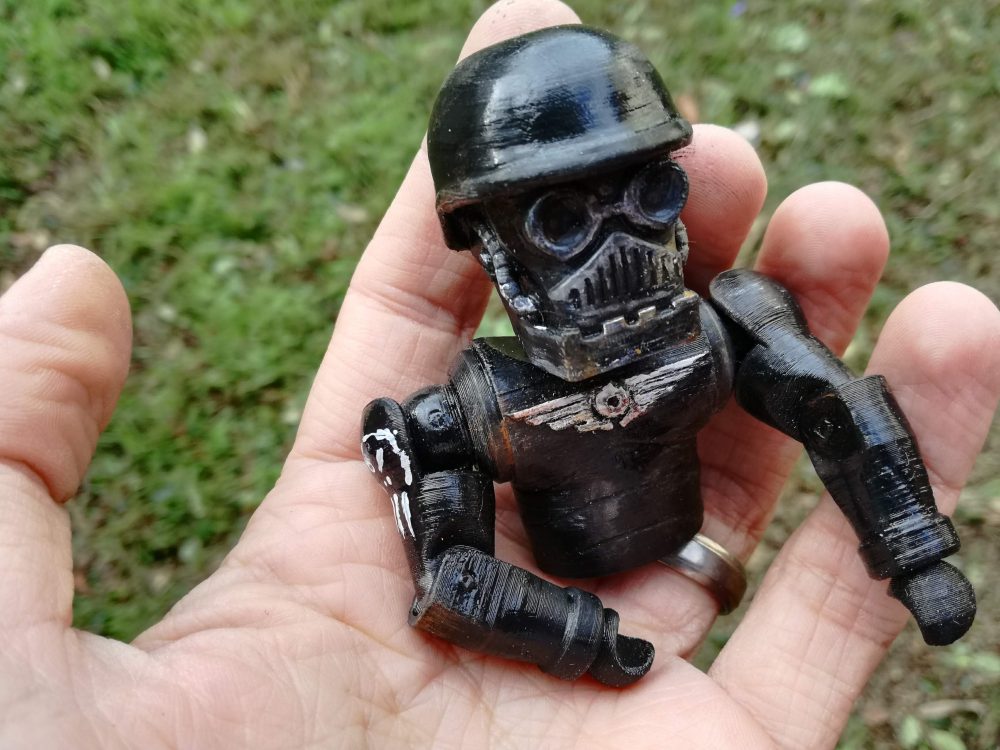 The torso and all of the joints were modeled in Fusion360 after which I sent the torso and neck piece to Fotis Mint who sculpted on those in ZBrush.

From the perspective of design for printing however the most interesting part of the project are probably the various arm joints on the driver figure.  I needed a lot of freedom of movement, so that the steering wheel servo could make the arms move, without putting much strain on it. I also wanted to avoid fiddly assembly and printing with supports, so I came up with a three piece design that results in 5 axes of movement. Two of the joints are simple pivots using 1.75mm filament off-cuts as hings, but the others print in place, as shown below. These are the sorts of things that would be impossible to do with other manufacturing methods.

The assembly of these joints can be seen at the 7 minute mark of the video below. 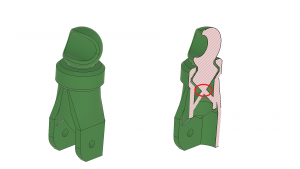 The hand joint is supported during printing by an hourglass shape which then breaks and allows free movement. There is significant clearance in the wrist joint to provide rotation as well as an angular movement. 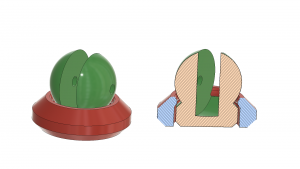 Printed in place this is a simple rotating joint. Note the chamfer on the bottom of the inner ring, to ensure that the base layers do not fuse. 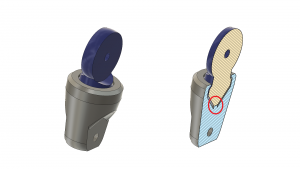 The upper arm is printed in the orientation shown, once printing is complete the red circled joint is easily broken by twisting, freeing the joint to rotate smoothly.