The skills of our in-house service technicians extend far beyond expectations on a daily basis here at Robox HQ, and indeed this past couple of weeks our very own Martin Moore demonstrated his CAD capabilities once again by creating 3D hawks and owls for an international media story (his previous skills saw Jeremy Clarkson depicted as a ‘Hungry Hippo’)

The purpose of the prints was to capitalise on the world-wide hatred for pigeons and in doing so, demonstrate the capabilities and day-to-day uses of the Robox.

Martin set about designing the birds from scratch, his only brief was to create these known enemies of the pigeon so that people could print them off and place them on ledges outside their windows or in their gardens to scare pigeons away; we wanted them to be useful, funny and decorative. 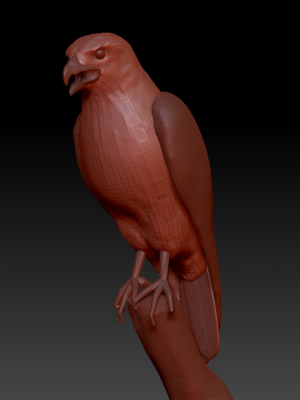 And now all the hard work has been done for pigeon-haters across the world as the designs are now available to print from myminifactory.com. 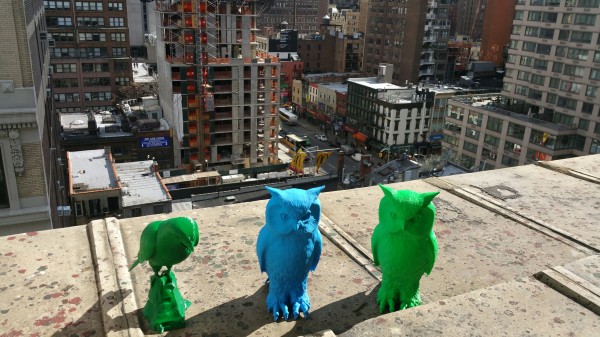 Already the story is gaining traction, with The New York Observer being the first to cover the news:

“A 3D printing company may have just launched one of NYC’s most successful advancements in the fight against pigeons.

A company called Robox created 3D printing designs for pigeon scarecrows that have already proved successful at keeping away the urban birds.

The designs include an owl and a hawk, both printed at a smooth resolution of .2mm. Robox themselves have been printing the mock predatory birds with PLA-composit and placing them around the city. They’ve found that pigeons are so frightened by the watchful and intimidating gazes of the 3D printed birds that even the incentive of food isn’t enough to convince stray pigeons to stick around in their presence.

“If you find that pigeons are plaguing your stoop, rooftop, or garden, you can print either one of our hawks or owls to keep them, and their ‘gifts,’ at bay,” Chris Elsworthy, CEO of Robox, told The New York Observer.”
Read more at http://observer.com/2015/04/3d-printed-scarecrow-owls-are-successfully-ridding-nyc-of-those-godawful-pigeons/#ixzz3ZGaPZv9A 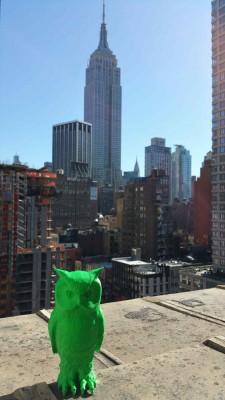 3DPrint.com also followed suit, illustrating just how annoying these birds can be to city dwellers:

“The human population of New York City is fed up with the population of pigeons. Flat out. Finally. How to battle them, without bringing on legions of PETA members? And what might scare a pigeon? How about the thought of a bird of prey snatching them up in their claws, carrying them away to their city lair? Or a predatory hawk? Pigeons don’t stand a chance. At least that’s what the folks at CEL, who created the Robox 3D printer, want them to think, as they’ve used 3D printing to employ an age-old method: the scarecrow.

Soon, you may be seeing colorful 3D printed birds of prey scattered around areas heavily infested with pigeons, who will have no choice but to flee to other cities with less creative and technologically savvy citizens. The 3D printed predatory birds can be placed on the ground in city parks to thwart the scavenging, pooping pigeons, and can also be placed on decks, window ledges, doorsteps, and a variety of other platforms.”

For now, Martin is back in our technical suite, perusing the coverage which drops in as a result of this particular campaign, servicing our valued customers and awaiting the next ‘design challenge’!

About the Author: Emma Elsworthy

CEL Business development director. All things business and media, it's all about the money. Personal motto: fat but fit. Lover of tea, cake, wine and exercise in equal measures.